Polycystic Ovarian Syndrome or PCOS is a hormonal disorder that causes enlarged ovaries with small cysts on the outer edges. The body of a woman with PCOS produces too much testosterone (the primary male sex hormones). This hormonal imbalance makes it difficult for them to conceive.

Genetic factors can make some women more vulnerable to PCOS. Other common reasons include insulin resistance and increased levels of inflammation. Some common PCOS symptoms are irregular periods, excess hair growth (on the face and body), uterine bleeding, male pattern baldness, and acne.

PCOS is more common than you think. Around five million or 5-10 percent of women of childbearing age in the country have PCOS. PCOS can affect a woman’s physical and emotional wellbeing and appearance. PCOS symptoms can interfere with daily activities. No wonder many women with PCOS report low quality of life.

Studies indicate that acupuncture may be an effective treatment for PCOS. The ancient Chinese practice can improve PCOS symptoms and sex hormone levels. Many infertile women with PCOS use acupuncture for fertility to regulate their menstrual cycle and shorten the reproduction cycle.

A study conducted to evaluate the effectiveness of acupuncture on PCOS involved women with PCOS. The participants were divided into two groups. One group received acupuncture regularly for four months. Women in the other group were instructed to exercise at least three times a week and were provided with heart rate monitors.

A control group was also formed. Women in this group were educated on the importance of exercise and a good diet. They did not receive any specific instructions.

Researchers noted that the sympathetic nervous system activity was lower in women who received acupuncture and those who exercised than women in the control group. Women in the first group also reported having regular menstruation, and their testosterone levels dropped significantly. It is an encouraging finding as high testosterone levels in women are associated with hyperactivity in the sympathetic nervous system. Around 38 percent of women who received acupuncture experienced regular ovulation.

In traditional Chinese medicine, PCOS is attributed to kidney yang deficiency or low metabolism. They are characterized by the formation of fluid-filled cysts. Acupuncturists use different acupuncture techniques and traditional Chinese herbs such as zao jiao ci to dissolve the waxy coat around ovarian cysts.

If a patient with PCOS is diagnosed with insulin resistance, their acupuncturist may use other herbs such as bu gu zhi and xian mao to improve their insulin sensitivity.

Anchor Acupuncture & Wellness is committed to promoting wellness through acupuncture. Our acupuncturists use a combination of TCM techniques and traditional Chinese herbs to treat different health conditions. To consult a certified acupuncturist, call 415-855-3112. 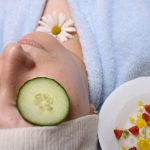 What Is Facial Rejuvenation Acupuncture and How Can It Help Me? 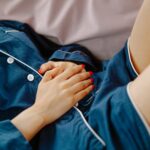 5 Ways Acupuncture Can Supercharge Your Digestion 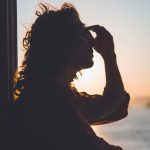 Can Acupuncture Help With Migraines?