Acupuncture – an alternate form of medicine – is thought to be a healing therapy that can treat a wide range of health conditions. Practiced in China and many other Asian countries, acupuncture is gaining immense popularity across the globe. But, is acupuncture safe during pregnancy? Yes, it is! In fact, many doctors even recommend acupuncture for fertility in San Francisco. Here is how acupuncture can help in early pregnancy!

Is acupuncture safe during the first trimester?

Many women who are first-time mothers often wonder if acupuncture is safe during pregnancy – especially in the first trimester. This is a valid question as the first trimester is quite crucial, and women need to avoid doing anything that could put the pregnancy at risk! A randomized trial was conducted in the year 2002 wherein researchers compared 600 women some of whom underwent acupuncture and some who did not. The trial concluded that there were no potential differences in the perinatal outcomes, miscarriages, or complications during the pregnancy. In fact, those who did undergo acupuncture sessions claimed to enjoy several health benefits and better moods. No side effects were noted whatsoever. Listed below are a few advantages of opting for acupuncture during your first trimester:

Reduces morning sickness: Certain studies have been able to prove that acupuncture that targets the wrist can dramatically reduce symptoms of morning sickness such as nausea and vomiting.

Alleviates lower back and pelvic pain: A study that was recently published in the American Journal of Obstetrics &Gynecology states that acupuncture can indeed alleviate pain in lower back and the pelvic region than most other prenatal treatments.

Reduces headaches: Headaches can be debilitating, and leave you writhing in pain. Many pregnant women avoid painkillers for fear of harming their babies. Research has been able to establish that acupuncture can bring down pregnancy-induced headaches without having to rely on OTC drugs even during the first trimester.

Improves sleep patterns: Going to sleep can be hard during pregnancy, but staying asleep is even trickier. Acupuncture can do its magic with sleep too! Several pregnant women who opt for acupuncture claim to be able to sleep better after their sessions.

If you are pregnant and are considering acupuncture, you are right in doing so. However, it is important to seek treatment only from a qualified practitioner. Contact Anchor Acupuncture and Wellness at 415-855-3112 for acupuncture for fertility in San Francisco and other pregnancy-related symptoms! 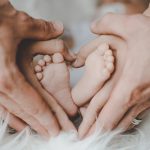 The Benefits of Acupuncture for Pregnancy and Childbirth 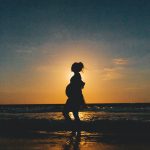 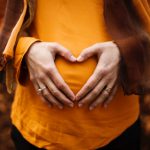