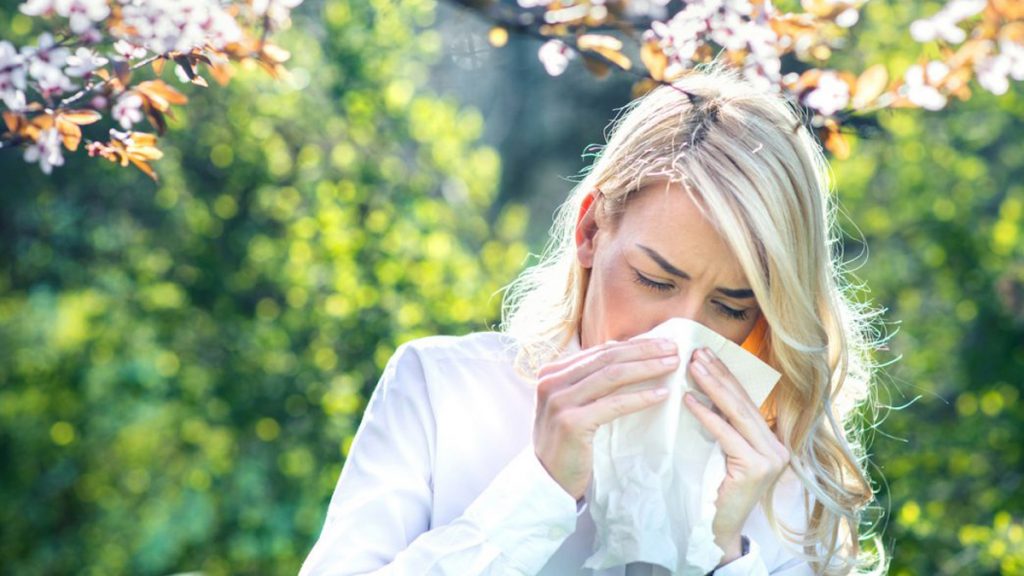 Acupuncture for Hay Fever and Allergies

A study suggests that around 50 million Americans suffer from allergies every year. A separate study estimates that 1 in 5 people exhibit hay fever symptoms at some point in their life. Hay fever or seasonal allergic rhinitis is caused by allergies to pollen from plants. Common symptoms include nasal congestion, watery eyes, fatigue, and continuous sneezing.
Western medicine has multiple treatments for allergies. While people with mild symptoms are recommended over-the-counter medicines or prescription medicines, those with a long history of allergic rhinitis are recommended allergy shots. Most treatment options for allergies, however, just treat symptoms and may be ineffective. Many people who do not get results after using western medical treatment options turn to acupuncture.
Acupuncture is a traditional Chinese practice. It is based on the belief that obstructions in the flow of energy in different parts of the body cause health issues. San Francisco acupuncturists insert thin needles into different points in their patients’ body to restore the natural flow of energy. Because acupuncture focuses on the root cause of the problem, many health experts believe that it can be more effective than western medicine.
A few years back, a study was conducted to find whether acupuncture can play a role in alleviating hay fever symptoms. The research involved over 400 people with hay fever. The respondents were divided into three groups. While one group received acupuncture treatments for two months, the second received placebo acupuncture treatments that involved placing needles in random spots on their body. The third group was only given antihistamines.
Patients in all groups were allowed to take antihistamines when they had fever. Participants were administered 12 treatments over eight weeks. Researchers observed that the acupuncture group reported greater relief from their symptoms than the other two groups. Even the placebo acupuncture group reported benefits (though not as much as the group that received real acupuncture treatment).
Four months later, a follow-up session was conducted for all groups. Researchers found that the difference in benefits of treatment between the acupuncture group and placebo acupuncture group was less pronounced. They concluded that this may be due to a placebo effect (patients assuming the beneficial effects of acupuncture).
When it comes to treating allergies and hay fever, acupuncture can be a better alternative than western medicine as it focuses on strengthening the body’s immune system by restoring the natural flow of energy.
Do you dread the thought of leaving your home in pollen season? Do not let your allergies run your life. To get a sustainable solution to your problem, consult our San Francisco acupuncturists. At Anchor Acupuncture and Wellness, we are committed to helping people struggling with health issues take giant strides towards a healthy life. We have learned to use the healing power of acupuncture to treat everything from seasonal allergies to infertility. To consult our experts, call us at 415-855-3112.